Work on the southern section of the Nine Mile Ride extension, which follows the already completed northern section, is on course to finish in the spring before it opens to traffic this summer.

Those living nearby will now see that the first layer of surfacing has been applied along the entire road and the footpaths on either side, with further surfacing works in the pipeline over the coming months.

The southern section runs between the end of the northern section, near Bohunt School and Arborfield Green Leisure Centre, and what is currently the western end of Nine Mile Ride where it meets Park Lane.

This will form a continuous route through the development to the A327 roundabout, improving access to new housing and reducing congestion.

The Nine Mile Ride extension is part of a £250 million investment in major new roads, funded by the proceeds from new development, including the almost-finished North Wokingham Distributor Road and its South Wokingham counterpart, now under construction.

It also includes the Arborfield Cross Relief Road, or Observer Way, which won an award last September for its contributions to biodiversity because of its “green bridge” serving local wildlife as well as cyclists, pedestrians and horse riders, as well as the Shinfield Eastern Relief Road and road widening at Barkham Bridge. 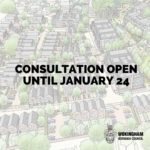 Previous:
Local Plan Update – Have your say on future housing in the borough 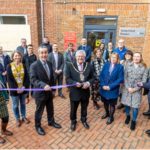 Next:
New charity and community hub opens its doors