This summer, get your picnic blankets and popcorn ready for a spectacular programme of family favourite films at Dinton Pastures Country Park. Outdoor Cinema nights is back by popular demand and guests are invited to sit back, relax, and safely enjoy a variety of films, with screenings rolling from 30 July to 28 August 2021.

Cllr Parry Batth, executive member for environment and leisure, said: “It wouldn’t be a summer without an outdoor cinema event and Dinton Pastures provides a stunning backdrop for these much-loved family films. The open-air cinema nights are great fun, family-friendly, and most importantly, safe to attend, thanks to the great social distancing procedures we have in place. We expect these screenings to be popular and recommend booking early to avoid disappointment.”

Back to the Future: Friday 30 July

Launching this month, time travel back to the 1950s with Back to the Future, airing on Friday 30 July. Join teenager Marty Mcfly (Michael J. Fox) and eccentric scientist Dr Emmett Brown (Christopher Lloyd) as they accidentally travel back to 1955 in a DeLorean time machine. Stuck in the time warp, Marty must find his parents, whom are teenagers themselves, and make sure that they fall in love, in order to return back to the future.

On Saturday 31 July, get ready to dance the night away with 1980s cult classic, Dirty Dancing. This romantic, dance-drama film tells the story of Baby (Jennifer Grey), a young woman who falls madly in love with her dance teacher, Johnny (Patrick Swayze) at a holiday resort. Tap your shoes, swing your arms, and get dancing to hit songs including ‘I’ve Had the Time of My Life’, ‘Hungry Eyes’ and ‘She’s Like the Wind’.

Join Batman and the Joker battle in Christopher Nolan’s multi-award winning, action-packed thriller, The Dark Knight, airing on Friday 13 August. Set in Gotham City, the Joker (played by the late Heath Ledger), a psychopathic, criminal mastermind and mass murderer with a warped sense of humour, has been hired by mob bosses to kill superhero Batman (Christian Bale). Get ready for the greatest battle as Batman and the Joker face-off, with a leading all-star cast performance from Michael Caine, Gary Oldman and Maggie Gyllenhaal.

Sing along to hit favourites including ‘The Greatest Show’ and ‘This is Me’ with family-fun musical The Greatest Showman, airing on Saturday 14 August. Set in an American museum, P.T. Barnum (Hugh Jackman) showcases his latest venture, Barnum’s Circus, featuring a mesmerising cast of performers including the bearded lady (Keala Settle). With popularity and fame rising, can Barnum juggle his family life, the circus, and new friends? Starring Zac Efron, Michelle Williams, Zendaya and Rebecca Ferguson.

10 Things I Hate About You & Mean Girls: Friday 27 August

On Friday 27 August, guests can enjoy a double bill of teen comedies with 10 Things I Hate About You, followed by Mean Girls, featuring an all-star cast.

Based on a modernisation of Shakespeare’s ‘The Taming of the Shrew’, 10 Things I Hate About You tells the story of new student Cameron (Joseph Gordon-Levitt), who falls head over heels in love with Bianca (Larisa Oleynik), much to her father’s dismay and strict dating rules. Bianca and her ill-tempered sister, Kat (Julia Stiles), are only allowed to date if they both have boyfriends. To win Bianca’s father over, Cameron matchmakes Kat with school bad boy Patrick (Heath Ledger). Will Cameron and Bianca stay together, and will Kat and Patrick fall in love?

Meet Cady Heron (Lindsay Lohan), a student who has enrolled into an American high school after 12 years of being home-schooled by her parents in Africa. Adapting to her new life, attempting to make friends, and learning about social cliques, Cady joins ‘the Plastics’, headed by manipulative queen bee, Regina George (Rachel McAdams). However, when Cady falls in love with Regina’s ex-boyfriend, Aaron (Jonathan Bennett), a campaign of revenge circulates throughout the school. Starring Tina Fey, Amanda Seyfried, Tim Meadows and Amy Poehler.

For the grand finale, sing along to all-time favourite songs including ‘You’re the One That I Want’, ‘Summer Nights’, ‘Greased Lightning’ and ‘Hopelessly Devoted to You’ with Grease on Saturday 28 August. This timeless, summer love story begins when Sandy (Olivia Newton-John) joins new school, Rydell High, and reminisces to her new friends, ‘the pink ladies’, about her summer fling with Danny (John Travolta). Much to Sandy’s surprise, Danny also attends Rydell but has a different account of their summer fling that he openly discusses to his friendship circle, ‘the t-birds’. Will Danny’s bad boy attitude push Sandy away, and will they fall in love again? Starring Stockard Channing, Jeff Conaway, Michael Tucci and Eve Arden.

There is a 10% Group Discount Available (when purchasing 4 or more tickets).

*Concession refers to persons in full-time education, under the age of 18, over the national retirement age, on a government training scheme, on a low income receiving a means tested benefit who resides in the borough of Wokingham, paying council tax to the council. Dinton Pastures will ask you to present proof of the above upon arrival. 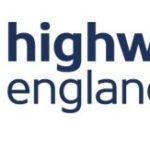 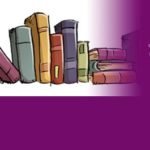