Wokingham Borough Council is looking at alternatives to a garden town in Grazeley following the Ministry of Defence objections to the plans. Last year the council consulted on a draft local plan strategy which proposed a garden town at Grazeley that included upfront infrastructure, a commitment to be carbon neutral and strong public transport links.

Since then a legislative change caused emergency planning requirements around the Atomic Weapons Establishment at Burghfield to be extended so that for the first time they include the Grazeley area. The Defence Nuclear Organisation, part of the Ministry of Defence, now objects to the Grazeley garden town proposal and is requesting its removal from the local plan.

A High Court judge last week ruled against a developers consortium challenging the expansion of the emergency planning zone around the AWE.

Cllr Wayne Smith, executive member for planning and enforcement said: “The High Court decision reaffirms our need to look at other locations within the borough to meet our future housing and employment needs.”

In light of the changed circumstances, the council is looking at alternatives. As undertaken for other potential areas, masterplanning is being used to explore the potential of two areas: one just south of the M4 corridor between the villages of Shinfield, Arborfield and Sindlesham; the other being an area of land within the existing South Wokingham major development. Masterplanning is a helpful way of gathering information to on larger or complex sites and is considered alongside other technical information to help assess an area’s potential and suitability.  The new areas will be considered alongside others across the borough, to inform the future direction of the local plan. Consultation on a revised local plan is expected later this year.

Masterplanning will be used to test the potential for each site and help the council understand what might be possible. The process will include a detailed look at the highways connections, as well as the environmental and flooding impacts. Infrastructure such as schools, community centres, parks and open spaces and sports facilities will also be considered.

The council will be working with landowners, key stakeholders and the public to explore these possibilities in the coming months.

Cllr Smith added: “The masterplanning process will allow us to look at the possibilities for the two sites and we will engage with residents as part of that process. We expect to have a revised draft local plan later this year. And of course residents will have the opportunity to tell us what they think.” 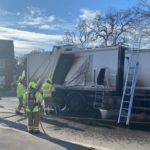 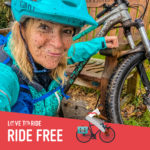 Next:
Ride It Out – This March!