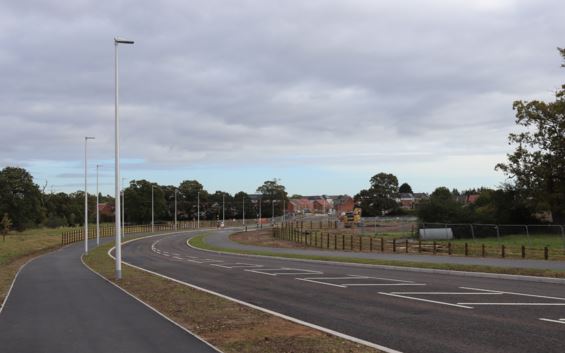 A major road built to serve new housing and relieve congestion in and around Wokingham town, which has new footpaths and cycle paths along its length, is now open in full.

On Wednesday (29 June) the borough opened the final section of the North Wokingham Distributor Road at Ashridge Farm, between Bell Foundry Lane and Dalley Road, to create a continuous route from Reading Road near the M4 overbridge to London Road near Coppid Beech roundabout.

The 3.5-mile road is the main access through the borough’s major new community at North Wokingham and offers an alternative route for through traffic avoiding the town centre. It has an off-road cycle path to encourage active travel and reduce vehicle journeys, plus new nature parks where more than 2,000 trees have been planted and wildlife habitats created.

Some sections were built by developers in line with their planning permission for new housing, while others were built by the authority’s contractor Balfour Beatty with funding which developers were required to contribute.

These include a new carriageway to the west of Old Forest Road, which has a 45m bridge crossing the railway line, as well as upgraded sections of Old Forest Road and Toutley Road and the new Queens Road, Bell Foundry Lane, Diamond Jubilee Way and Oak Avenue. 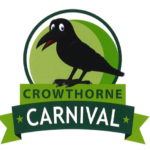 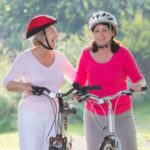 Next:
Cycle September – register now to be in with the chance of winning an early bird prize